A Complete Ranking of Global Major Currencies by Strength

Currencies are the engines that run the world. Data shows that there is more than $1.5 trillion in circulation. The world foreign exchange market is worth more than $5 trillion. This is a bigger market than the amount of stocks that are traded in Wall Street every day. While currencies are used for exchanging, they are also used as investments. This is because a dollar today will be worth less or higher in the next decade.

In this article, we will look at currencies by strength.

What is a Currency Index?

Another way of ranking currencies by strength is to use the indexes. This is a process of measuring the strength of a currency by measuring it against a basket of other currencies. The best-known currency index is the dollar index.

What is the Dollar Index?

The US dollar index is a way of measuring the strength of the dollar by comparing it with a basket of other currencies. The other currencies used in calculating the index are ranked by their importance. The index was first used in 1970s after the end of the Bretton Woods Agreement. The index is dynamic, and the number of comparison currencies changes too. The following shows the components of the dollar index by weight.

As you can see, the dollar index is derived by comparing the performance of the dollar with that of other influential currencies. Similarly, there have been other index such as the euro index, yen index, sterling index, and Swedish krona index among others.

For the benefit of this article, I will be ranking the currencies by strength in the past five years. The currencies are shown in the chart below.

In this chart, I have compared the performance of the dollar index with that of the euro, sterling, Australian dollar, and the New Zealand dollar.

Therefore, we can see that the dollar has been the best-performing major currency in the past five years.

In the previous example, we have looked at the currencies by strength by looking at their performance against the US dollar. In this part, we will look at how the main currencies indexes have performed in the past five years. This is shown in the chart below.

There is a big reason why sterling has been a weak performer. In the past five years, the country has voted to leave the European Union and had three prime ministers. The uncertainty about Brexit and the country’s future has affected interest of the currency by investors.

Emerging Market Currencies vs the US dollar

As you can see, the Turkish Lira has fallen by 150% against the USD. The South African rand, and Hong Kong dollar have declined by 26% and 2.78% respectively. In the same period, the Israel shekel has gained by 13% against the USD. All this shows the risk of investing in the emerging markets.

What About Bitcoin Strength?

Bitcoin is a relatively new cryptocurrency. In the past five years, the currency has emerged as the best-performing currency in the world. As shown below, while the dollar index has soared by just 2%, Bitcoin has risen by more than 3,800%. This means that people who invested in Bitcoin earlier on have seen significant positive results. However, Bitcoin is also known for its high level of volatility.

It is difficult to measure the strength of a currency. The easiest way is to measure it against the US dollar and to measure it using a basket of other currencies. In this article, I have shown that the dollar has been a key performer against other leading currencies. The same was true with the Japanese yen. I have also shown how emerging market currencies are volatile and how Bitcoin has emerged to be a key currency contender. 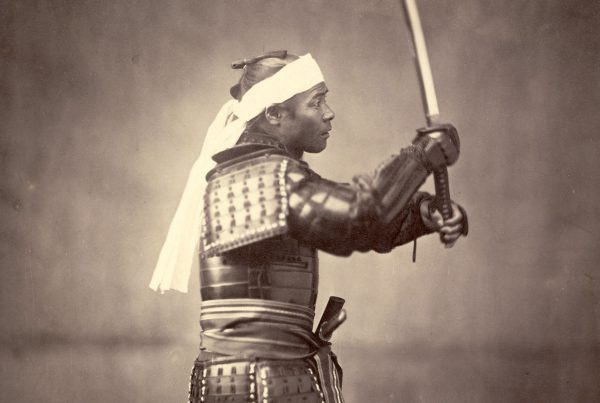 Business Opportunities in Nigeria in 2020