Are There Currencies Backed by Gold?

Gold is one of the most fascinating precious metals in the world. Unlike other metals like silver and palladium, gold does not have a lot of industrial use. Instead, most gold that is mined is usually bought by central banks and other investors. They buy it as an investment and as an insurance against risks. Indeed, the price of gold tends to climb when there are significant market risks. The chart below shows that gold price has climbed by almost 600% in the past few decades. In this article, we answer the question “What currencies are backed by gold?”

Many people wonder whether there are any currencies backed by gold or gold based currency. The reality is that no gold backed currency in the world today.

It was not always like that. Indeed, in the past, the US dollar was backed by gold. Here is a brief history. International trade started getting popular in the late 1800s. This is a time during the industrial revolution. During this time, the shipping technology was getting advanced and popular.

The challenge was that countries lacked a means of exchange to use. As a result, countries that were involved in trade embraced the US dollar and the role of gold. This led to the creation of the first gold standard in 1821.

The gold standard was abandoned during the first world war. It was abandoned because European countries needed to print more mooney to buy weapons to fight the war. There was also a belief that there was not enough gold to back the notes that were printed.

In 1971, the then president of the United States was Richard Nixon. It was a difficult time for the US economy as inflation was rising. In reaction, Nixon decided to unpeg the gold convertibility. At the time, gold was selling for $35. This marked the end of the gold standard. No other currency ever since has been backed by gold. 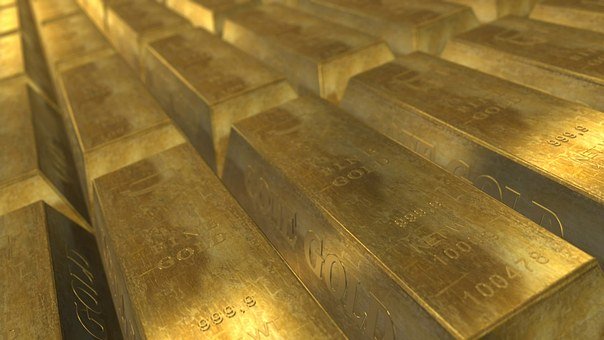 Investing in altcoins is a risky business. Altcoins or shitcoins are copy-cats of bitcoin, scams or simply nonsensical, we strongly advise you to avoid them. Must Read: What’s a Scamcoin, Shitcoin or Altcoin

To a large extent, gold and Bitcoin are very different. Gold is a metal while Bitcoin is a digital asset. However, the two are very similar when you look at them closely.

First, the two are pioneers. Gold was the earliest currency in many places. Bitcoin, on the other hand, was the first cryptocurrency. Second, gold is often viewed as a safe haven asset. Many crypto enthusiasts believe that Bitcoin is a digital gold.

Third, gold does not have many real uses. The same is true with Bitcoin. Indeed, most Bitcoin that has been mined is used for crypto investment.

Fourth, Bitcoin and gold have limited supplies. It has been widely reported that gold supplies are running out. As we wrote in this Bitcoin article, there are only 21 million Bitcoins that will ever be mined. This means that the supply will end one day.

Therefore, you can invest in Bitcoin as a proxy to investing in gold. However, you should understand that Bitcoin is a volatile asset that often fluctuates significantly.

There is no gold-backed currency today. Still, there are multiple ways in which you can have exposure to gold. You can buy gold coins and gold altcoins and the other methods that we have discussed above.

Crispus (BSc and MBA) is a finance professional with more than a decade experience as a financial analyst, writer, researcher, and trader. Crispus has written in-depth articles on leading platforms like CCN, Marketwatch, Investing Cube and Seeking Alpha. He also runs a forex education firm. Follow him on Twitter: @crispusnyaga and read more about us.