Curve Card Review 2021: Manage All Your Cards in a Single Card

Curve card allows you to manage all your debit cards, credit cards and gift cards in a single card through an app. You will never have to carry all your cards around anymore. Curve works for both your physical and virtual cards. It is available to US, UK and EU residents and supports cards in many currencies. This Curve card review will look at how it works, its features, fees, etc.

Curve is a UK fintech company founded in 2015 by Shachar Bialick. It currently has more than 500,000 customers across Europe. The company secured seed funding of $2 million in December 2015. It raised more than $7 million through crowdfunding in 2019. A beta version for iOS users in the business community was launched in February 2016. In December 2016, Curve app for Android users was launched. At Wired Money in 2017, Curve was judged the winning startup by a panel of three judges.

Curve allows you to make transactions from any of your accounts using just one card, the curve card. You simply add eligible Visa, Mastercard, Diners or Discover debit, gift card and credit cards to the Curve app and start spending using just the Curve card. Transactions made using Curve card are classified as eCommerce transactions.

Curve is a simple app with a combination of features making it highly convenient to use. When you sign up for an account, you become the sole owner. This means that you have complete control over it. Curve card supports Visa and Mastercard debit and credit cards as well as Apple Pay, Google Pay and Samsung Pay.

After you have successfully created your account, you will be able to generate Curve virtual cards immediately, combine all your payment cards into a single card and make payments online instantly while waiting for your Curve physical card.

Curve American Express 2021 (Curve card Amex): Unfortunately, Curve does not support American Express as a result of Amex’s decision to terminate its contract with Curve. The company continues to work on bringing back Amex support but at this point in time, there are no any updates. Other cards that Curve does not support include Maestro, Diners Club, JCB or UnionPay cards.

First, download the Curve app which is available for Android and iOS. Then, verify your phone number and email address, after which you will need to provide your personal details including your country of residence. Next is to choose the type of card you want to order.

What Are the Benefits of Curve?

Curve card comes with a number of features that make it very useful to its users. They include:

Curve Fronted allows you to pay with your Curve debit card by deducting money from your an underlying credit card where merchants don’t accept credit cards. You will be charged a 1.5% service fee for this feature. However, Curve Metal subscribers aren’t charged a fee for the first £10,000.00 they spend. The 1.5% service fee will apply on the total transaction value in excess of the limit.

You can use your Curve card to buy cryptocurrency from the following merchants: BANXA, Bitpanda, Coinbase, Crypto.com, Kraken, Moonpay, and Uphold.

Even though you can use your Curve card to buy cryptocurrency with these merchants, the issuer of your underlying payment card may not allow such purchases and so your transaction may still get declined. If this happens, you can try switching to a different underlying payment card. Moreover, Curve Customer Protection does not cover cryptocurrency transactions and so you cannot claim against that policy.

You can’t spend cryptocurrency directly with Curve. However, Curve supports Coinbase and Crypto.com cards so you can add these to Curve if you have one. Curve treats these cards like any other payment card added to your Curve wallet. The only exception is that you cannot withdraw cash from ATMs when the Coinbase or Crypto.com Curve card is selected as your underlying payment card.

How to Use Curve Card

How to Order Curve Card

You can order Curve in the Curve app by tapping the “Account” tab on the bottom part of the screen. You will then be able to select the “Order a physical card” option and choose your delivery address. You will receive your Curve physical card in 3-5 business days. Fortunately, Curve virtual card can be generated instantly.

After choosing your cards, use your phone’s camera to scan and upload details of the cards you wish to connect to Curve. Alternatively, you can enter these details manually. The first card to add on Curve must be a UK or European Economic Area issued debit or credit card. You can add non-EEA/UK cards once you receive your Curve Card.

You can add your Curve card to digital wallets such as Apple Pay, Google Pay and Samsung Pay. A selection of Curve cards can also be used with Garmin Pay, Fitbit Pay and Wena Pay.

Is there a Curve credit card? Curve combines all your payment cards in its app. This means you can integrate all your debit and credit card in a single card via Curve app.

After receiving your Curve card, you will need to activate it in the app. To do so, go to the “Account” tab and tap “Activate your card”. Then, enter the last four digits of your Curve card and the card will be ready to use.

The Curve Blue account is free to setup. However, Curve card verification fee is £1 which is later refunded. There are no Curve Card charges for linking payment cards to your Curve account. Apart from the free Curve Blue plan, there are three paid-for Curve subscriptions:

Other fees and rewards include:

Curve Amex. Why did Curve card Amex stop? A very small number of Amex Card Members participated in the test. Based on the results, we communicated to Curve that we would not participate in the further roll out of Curve because of concerns related to the overall American Express Card Member experience. Subsequently we terminated our contract with them.

Curve has set limits on how much you spend or withdraw in a day, month, or year. Curve spending limits and Curve withdrawal limits improve with time and continued activity on your Curve account. The Curve free account (Curve Blue plan) offers the following standard starting limits:

If you sign up to Curve Black/Curve card Metal personal or business card, your limits will be higher than those of the Curve Blue card.

Curve card refunds: Card refunds are not processed by retailers in real-time. Curve usually receives them 1-5 working days after the have been requested. You will then be able to get your money back straight to your payment card or to your Curve Cash account.

Curve card USA: Curve is fully operational in the US. To apply for Curve USA, you’ll just need to download the Curve app, have a US registered mobile number and your address should be in the US as well.

Curve is not a bank and therefore, there are no Curve currencies to choose from for your account. You will only be able to link your existing Mastercard and Visa bank cards in the Curve app to the Curve card in whatever currency these cards are in. Curve supports cards in the following currencies: USD, RON, NZD, GBP, JPY, PLN, SGD, CNY, EUR, BRL, AUD, INR, USD, HRK, RUB, NOK, HKD, ISK, ZAR, CAD, SEK, HUF, DKK, BGN, CHF, ILS, and CZK.

Note that when you select a currency not supported by Curve, your card will be charged in GBP.

Curve has a friendly customer support team. In case of any problem or request, you can reach the team via Curve Card email; support@curve.app or through the Curve app. For a straightforward case, the support team usually has one month to respond and longer for a complicated request. However, if your request is repetitive or excessive, the support team can charge a reasonable fee or refuse the request.

Is Curve Safe? Is Curve Legit?

Since Curve is not a bank, there is no Curve account where you can put your money. However, your money stays protected through the protection schemes of the banks in which your money is held and whose cards you link to Curve. Curve card is authorised in the UK by the Financial Conduct Authority to issue electronic money.

Curve also has its own customer protection policy which covers most purchases of up to £100, 000. If there is a problem with a purchase you made and the problem is not resolved, Curve will raise a dispute on your behalf and you will receive a chargeback. The Mastercard chargeback rights also protect Curve users by giving refunds in case goods are damaged, not as described or a merchant ceases trading.

Additionally, Curve does not share your information with card retailers during transactions and your card numbers are not stored in the app. Instead, your information is encrypted to ensure safety.

On Curve Card Trustpilot reviews, most Curve customer reviews rated it as excellent, praising the app for its ability to carry one card around at any time while others were satisfied with Curve card customer service. However, out of about 2000 Curve reviews, 11% of the reviews rate it as below average. Those who gave a low rating complained about Curve’s slow customer service. It was rated 4.2 out of 5 stars.

Many companies have tried to offer similar solution without success. One of such companies is Plastc that was launched in 2014. Curve is the leading, fully-functional solution at the moment.

The following are alternatives to Curve card.

If you want to secure your debit card information, you can use virtual cards, which are highly secure. The following are online banks that provide virtual cards.

Curve allows you to go about your daily routine with just one card instead of carrying all your cards all the time. The app combines multiple cards in one card, making it perfect to use when travelling. You can also use Curve virtual card to shop online safely. Additionally, the ability to lock the card in case you lose it adds to its security, making it the ideal card for you. 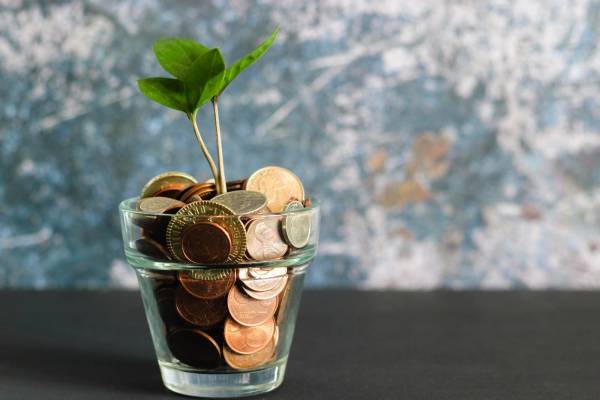 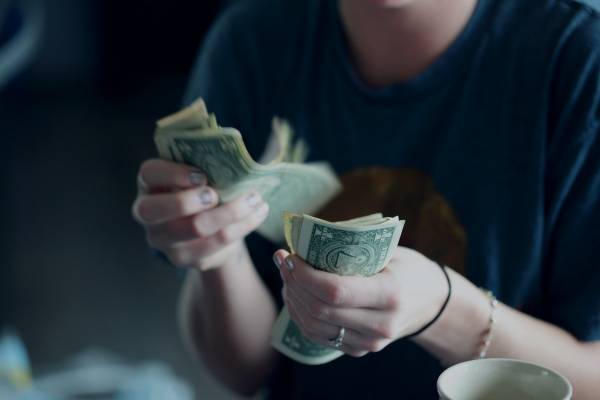 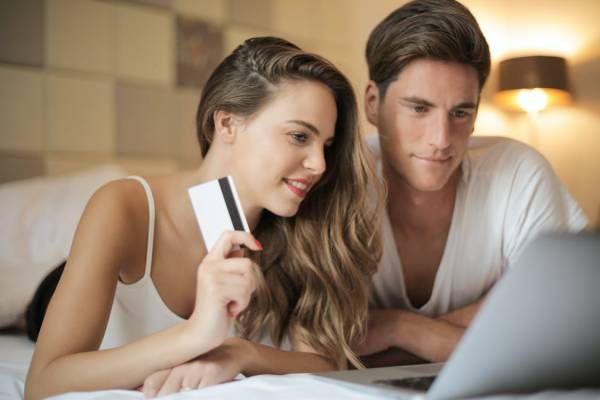